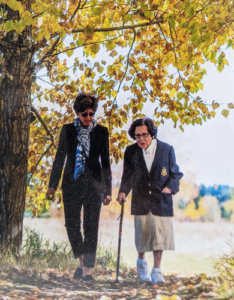 In 1962, Tova Yedlin was balancing an already full plate, in the midst of earning her PhD in history and raising her two children. It was also the year that she received a devastating cancer diagnosis.

“My mother was visiting her parents in Montreal when she felt a lump in her breast,” says Deborah Yedlin, Tova’s daughter and chancellor of the University of Calgary. “We came back to Edmonton and she went to her doctor. He referred her to a surgeon who performed a radical mastectomy.”

Being just a year old at the time, Yedlin doesn’t remember her mother going through treatment. In fact, it wasn’t until she was 17 that she learned of the diagnosis. Even her brother, who is 12 years her senior, was not aware of what their mother had gone through.

“My brother and I just pieced it together ourselves,” she says. The conversation took place one evening when the family was sitting shiva — part of the Jewish mourning cycle — after their grandfather’s passing. “We went to our mother afterwards and said, ‘Tell us your story, because you’ve never shared any of it.’”

Tova hadn’t shared the experience because she didn’t want to worry her children. “As a survivor of World War II, she had this survivor mentality of just wanting to deal with challenges and move on,” says Yedlin. “And (her cancer experience) was unlike today’s where you have a network of people who help you, bring you food. My mother told only one friend, the one who took her to her radiation treatments.”

Today, with half of all Canadians facing a diagnosis in their lifetimes, cancer is so ubiquitous that not seeking help is often not an option. And when a close friend was diagnosed with breast cancer in her early forties — the same age at which her mother was diagnosed — Yedlin knew she would receive the needed support through her treatments. What was surprising, however, was that the protocol was not much different than what her mother received 40 years earlier. 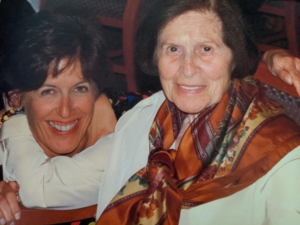 Deborah Yedlin with her mother, Tova

“The only difference in the treatment (my friend) received versus what my mother received was that there was a lumpectomy instead of a radical mastectomy,” she says. “I was fascinated by how much hadn’t changed in that time.”

That innate curiosity and passion for the cause made Yedlin an obvious choice to co-chair the Calgary Cancer Centre Campaign, which is on a mission to raise $250 million in support of improved prevention, detection and treatment of cancer at the new Calgary Cancer Centre.

“I believe very strongly in the need to leverage the existing research at UCalgary,” she says. “We already have some fantastic success stories, whether it’s the Calgary protocol for stroke treatment — which has now been used around the world — or our expertise in treating Crohn’s disease and colitis, multiple sclerosis, and the incredible research taking place in the realm of glioblastoma . . . we’ve been making some incredible progress in Calgary. We’re good at finding opportunities to go beyond the status quo, to leverage our strengths and have impact.”

The Calgary Cancer Centre is such an opportunity. Together with Alberta Health Services and the Alberta Cancer Foundation, UCalgary is realizing an ambitious dream — to build the largest, most comprehensive stand-alone cancer care centre in Canada. Construction is already underway, with doors set to open in 2023.

The centre will break down silos, bringing together the right people with the right tools under one roof — something Dr. Don Morris, MD, PhD, the project’s medical lead, says is essential to transforming cancer research and care.

The community at large also plays an integral role in the campaign. OWN.CANCER isn’t just a slogan or tagline, it’s a call to action. By supporting the Calgary Cancer Centre, you’re not only helping your fellow Albertans, adds Morris, you may be helping yourself or a loved one down the line.

Dr. Jennifer Chan, MD, scientific director of the Arnie Charbonneau Cancer Institute at the CSM — the research institute affiliated with the Cancer Cancer Centre — seconds that, noting the importance of community support, whether that’s donating, volunteering, participating in research or simply spreading the word. “If we want to improve everybody’s health, we need everybody on board and engaging with research,” she says.

Philanthropy is an integral part of that support, as that additional funding allows the centre to move quickly, to hire people and purchase equipment as potentially game-changing opportunities arise.

“There are many types of funding mechanisms, such as federal funding and provincial health-care budgets, but among these, philanthropy is uniquely agile,” says Chan. “It keeps you nimble and responsive, so one is able to capture opportunities.”

“This is about offering hope. It’s about moving Alberta forward,” she says. “We’re transforming cancer care in the short, medium and long term. It’s a sign of what Calgary can be and what we can do together when we recognize there’s a need.”

And from a personal standpoint, Yedlin knows what this will mean for people living with cancer — people like her mother and her friend.

“My mother survived. She finished her PhD and lived to age 96. And my friend is clear now, thank God for that,” says Yedlin. “But in the interim, I’ve also lost a friend to glioblastoma and I have another friend who has stage-four lung cancer. It just doesn’t end. And that’s why you’ve got to act. That’s why we’re doing this.”

As originally published at the University of Calgary News 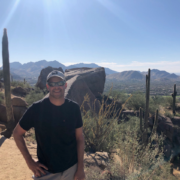 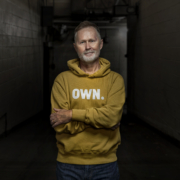 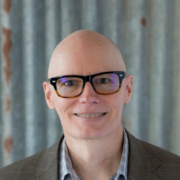 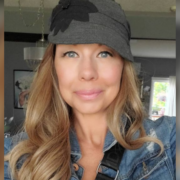