Snuggling a newborn, belly laughs at the perfect joke, savouring a warm embrace – cancer tries to take it all.

Alberta is taking cancer and we’re making it ours. Calgary is already a recognized hub for cancer research, treatment and care. That’s nothing compared to what we’re poised to become.

One of the largest comprehensive cancer centres in North America is coming to life in Calgary this very second. Concrete walls rising to the big prairie sky will shelter 1.3 million square feet of world-leading cancer care, research and education.

We will OWN.CANCER with will, by reducing the number of people receiving a cancer diagnosis in the first place.

By gathering the right people with the right tools under one roof, this is a once-in-a-generation opportunity to transform cancer care and treatment.

It’s our chance to OWN.CANCER once and for all.

We will OWN.CANCER with research, by developing new diagnostic tools and precision medicine to identify, target and weaken cancer before it can take hold.

We will OWN.CANCER with determination, by improving the patient experience through customized support programs that lift up the whole family throughout a cancer journey.

We are calling on champions in all of our communities to make this possible by donating online, purchasing OWN merchandise or making gifts that have the impact to change and save lives.

It’s time to shine a light on this devastating disease and take back some of the power cancer has taken from us. To make cancer a memory, we need everyone in Alberta to stand together.

A big thank you to this group of passionate volunteers who are dedicating so much time and energy to ensuring this campaign is a success. 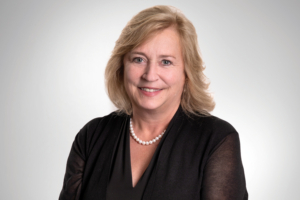 Heather serves as Vice Chair on the Board of Export Development Canada (EDC) and Chairs the HR Committee. She was recently appointed the to the Board of The Fraser Institute.  She is a director on the Board of Whitecap Resources Inc., Chair of the United Way World Leadership Council, a member of the She Leads Economic Council of Alberta and is past Chair of Alberta Research and Innovation Council (ARIAC).  She recently completed two terms as Chair of the Southern Alberta Institute of Technology.

Heather has been an active volunteer and philanthropist for many years and has co-founded the Board Ready Women and Axis Connects initiatives in Alberta.  She has served as Board Chair of United Way of Calgary and Area, as a trustee of the Alberta Cancer Foundation, as a founder of C5 (Concerned Citizens for the Calgary Cancer Centre), Board Chair of the Alliance to End Violence, and Campaign Chair of the SAIT Promising Futures Campaign (phase II).

Ms. Culbert has been recognized for her leadership and community service and on March 26th, 2019, was awarded the Governor General’s Sovereign Volunteerism Medal to recognize her exemplary philanthropic efforts in Canada.  Heather has received numerous other awards and include; the BMO Celebrating Women 2016 Community and Charitable Giving award, a SAIT Honorary Bachelor of Science Degree in 2014, the Doc Seaman Generosity of Spirit Award as an individual philanthropist in 2013, the Alberta Centennial Medal for Community Service in 2005, and in 2003 she was recognized as SAIT’s Distinguished Alumna. 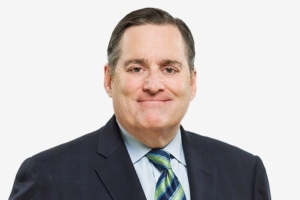 Born and mostly raised in Calgary, John has been active in the business and volunteer sectors of our city and province for over 30 years.

A cancer survivor, in 2007 John committed himself to making the lives of cancer patients and their families better. He is a past chair of the Alberta Cancer Foundation, was the inaugural Chair of the Enbridge Ride to Conquer Cancer/Tour of Alberta and recently chaired Wellspring Calgary’s successful capital campaign to support, with the O’Dell family, the construction of Randy O’Dell House in Calgary.  John is a co-founder of C5 (Concerned Citizens for the Calgary Cancer Centre) which is widely regarded as primarily responsible for the decision to proceed with construction of the new Calgary Cancer Centre.

John is a strong supporter of diversity and inclusion, working with various community organizations including Axis Connects where he serves as a director.  In 2019, he received the Calgary Influential Women in Business “Male Champion Award” in recognition of his efforts to reduce barriers in the workplace. He is also a member of the board of directors of Calgary Economic Development.

John is a partner in the law firm McCarthy Tétrault LLP, practicing corporate law. He sits on the firm’s national Board of Directors and has held various leadership roles in Calgary and nationally including Chief Community Officer and chair of the McCarthy Tétrault Foundation. 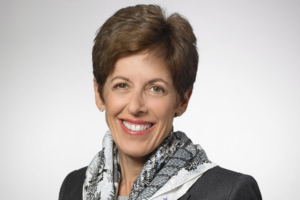 Deborah Yedlin joins the Calgary Chamber of Commerce with a background that includes experience on Wall Street and Bay Street, and more than two decades as a business columnist for various media outlets, commenting on the nexus of business and politics since 1996.

Since moving to Calgary in 1992, Yedlin has been very active in the Calgary community – as a board member on a number of not-for-profit organizations and including serving as the co-chair of the 2016 United Way Campaign.  Yedlin is currently serving as the 14th Chancellor of the University of Calgary and is one of three co-chairs of the $250 million Calgary Cancer Centre fundraising campaign.

A first-generation Canadian, born and raised in Edmonton, Deborah is a graduate of the University of Alberta and Queen’s University. She also completed her ICD.D designation through the Haskayne School of Business at the University of Calgary.

Continuing a family legacy advocating for health, innovation and philanthropy in the greater local and global communities

Daina Kvisle (in memory of)

More than anywhere else, Alberta is uniquely positioned to OWN.CANCER. We’re entrepreneurial, collaborative and innovative – determined to improve the lives of all Albertans with cancer.

Alberta Health Services, the University of Calgary and the Alberta Cancer Foundation already have a proven track record for working together to move mountains. Matched with the country’s largest, most comprehensive stand-alone cancer centre and with the generous support of our community, we’re only getting started.

Bringing three outstanding partners together with one mission, we’re ready to OWN.CANCER.

Canada’s first and largest province-wide, fully integrated health system,responsible for delivering health services to nearly 4.4 million people living in Alberta. We are leading the way in Canada and received national and international recognition for our innovation and integrated model of delivering healthcare services to Albertans. Healthy Albertans. Healthy Communities. Together.

As Canada’s entrepreneurial university, the University of Calgary is accelerating life sciences innovation through globally recognized medical research while providing the next generation of health-care professionals an ideal learning environment to discover and develop best practices in patient care. The Arnie Charbonneau Cancer Institute — a partnership between the University of Calgary and Alberta Health Services — is committed to meeting the cancer challenge. We do this by bringing scientists and physicians together to integrate research and care across disciplines — from understanding and preventing cancer, to transforming its detection and treatment to improving life with and after cancer.

Proud to directly support all 17 Alberta Health Services cancer centres across the province and create more moments for Albertans facing cancer. From Fort McMurray to Medicine Hat — no matter where in Alberta you live or what type of cancer you face, we will help. We will support the best possible treatment and care close to home, and invest in research and innovation that will change cancer care and treatment for all. We are patient focused. We are Albertans helping Albertans.