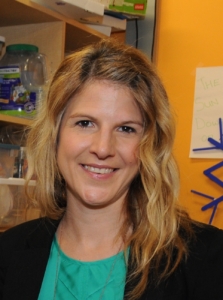 Madison Tutt was going into grade 10 when she got the news: cancer. Not just cancer but an eggplant-sized  neuroblastoma tumour growing in her abdomen, wrapping around her aorta, which explained the pain she’d been feeling all through her body for the past two years. The athletic young Canadian had been setting her sights on making the high-school volleyball team, but now she had much more stressful things on her mind.

She started chemotherapy immediately after her diagnosis; her hair began falling out on Christmas day. After four rounds, and the accompanying nausea and exhaustion, the treatment failed. Her doctors removed the mass in a high-risk surgery, but this brought additional complications – a collapsed lung, a stent that led to a life-threatening blood clot, fear and frustration that this would never end. 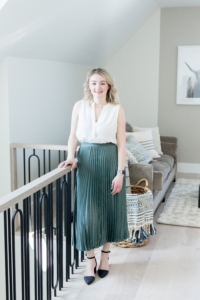 “It took so much longer than what I thought for me to recover. I wasn’t expecting all the hiccups along the way. And that’s where I got really upset and down because I thought this was going to get my tumour removed and everything would be better. I was afraid of a relapse,” she says.

At around this time, Madison was introduced to the psychosocial oncology team at the Alberta Children’s Hospital, including psychologist and researcher Dr. Fiona Schulte, PhD, R. Psych. Over the next few years, Fiona and the team helped to carry the weight of the disease for Madison, supporting her and letting her know that her feelings were normal.

Fiona Schulte, an AHS clinician and member of UCalgary’s Arnie Charbonneau Cancer Institute and the Alberta Children’s Hospital Research Institute,  always knew she wanted a career in psychology and working with patients. It was when she witnessed a family member’s battle with breast cancer that she shifted her sights to oncology, specifically the psychological impact of cancer in young children.

Pediatric psychosocial oncology is an emerging field, brought about by a new reality that more and more children are surviving cancer. Fiona’s research interest began with understanding how cancer impacts a young child who is diagnosed with cancer, and their family. She is interested in the psychological impact of this for development and mental health – both at the time of diagnosis but also longer term.

“We know that there are certain therapies that impact brain and development in terms of cognition, which has implications for social development and psychological wellbeing,” Fiona says.

Fiona is working to understand both the immediate and longer-term psychological impacts of the disease. “The story doesn’t end when treatment does,” says Fiona, who advocates for supports, education,  and knowledge around what the longer term cancer experience looks like. She says cancer needs to be viewed as a chronic health condition; her recent research follows a cohort of children across their lifetime to understand the late effects of diagnosis and treatment. She wants to understand the potential risks and protective factors, including genetic and biological components – something she says is only possible by collaborating and working outside of our silos.

Fiona sees this integration as one of the greatest opportunities of the new Calgary Cancer Centre, which includes a unique new dedicated clinical space for adolescent and young adult care. This space, she says, will allow clinicians and researchers to work together like never before and find new ways to integrate clinical care and research.

Hailing from Eastern Canada, she sees the new cancer centre as a very Calgary enterprise. “I came to Calgary because I knew it to be up and coming, a city of growth and a place of real potential for change.” She believes Calgary can be the leader and hub to take this work further, but “this is not going to be the work of one institution alone. We need to come together as researchers so that we can look at larger samples and populations of survivors to really be able to speak with more certainty about what some of the longer-term impacts may be.”

To Fiona, owning cancer means taking control. “We might not be able to cure cancer, but there are things that we can do. Depression, sleep, anxiety – these are modifiable targets for intervention. I think that is powerful.”

Madison has been cancer-free since 2014 but still experiences side effects, including pain. She continues to see members of the psychosocial oncology team at Alberta Children’s Hospital on an as-needed basis. She recently graduated from Bow Valley College’s Business Administration Event Management program and is excited for the future.

She says that the support and care she received, at the Alberta Children’s Hospital and through the psychosocial team, made an indelible impact and helped her become who she is today. “While cancer is not something I would wish on anyone, it’s brought me a lot closer to people and has helped me to think, grow and learn.” It’s also helped her to support a young girl she babysat, one who had the same exact cancer as her – an experience she holds near to her heart.

She’s excited for the potential that lies ahead through the Calgary Cancer Centre. “All cancer journeys are scary but having a facility like this will help.” She believes giving to this campaign is important, considering that one in two of us will be impacted by cancer during our lifetime. “Donating may help you down the road, or a friend or family member. Or maybe it’s no one you know personally, but you’re helping someone out. And that’s owning cancer.”

Giving Through Generations
Scroll to top