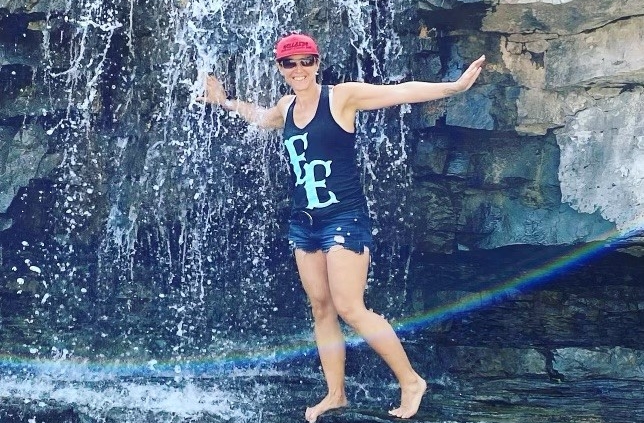 Partnering with patients to design the Calgary Cancer Centre.

After a three-hour drive from Medicine Hat to Calgary’s Foothills Medical Centre, Charlotte Kessler walked into her doctor’s appointment in 2013 thinking she was out of the woods. She’d recently had what was believed to be a benign, one-and-a-half-inch mass removed from her frontal lobe, and was assuming her appointment was just a follow-up. But that sense of security was shattered when a doctor she’d never met walked into the room.

“We should start treatment, then,” he began.

Taken aback, she asked, “Treatment for what?”

It was a shocking moment for Kessler, and one of the experiences that inspired her to become a vocal advocate for the patient experience. As the volunteer co-chair for the Patient and Family Advisory Council (PFAC) for the new Calgary Cancer Centre, Kessler, who completed active treatment for her cancer in 2015, is helping give patients a voice.

Kessler joined PFAC as one of the original members at the Tom Baker Cancer Centre in 2014. She had finished radiation and one year of chemotherapy and had one more year of chemo ahead of her. The committee gave her the chance to turn her experiences — unpleasant and otherwise — into an opportunity.

“I had a wide variety of experiences as a patient,” she says. “From terrible to exceptional and everything in between. This was a way to make something positive out of my experiences while also having a hands-on influence on the future of cancer care.”

Once she joined PFAC, she found that other members shared similar stories.

“It was definitely a great foundation for building trusting relationships and mutual respect,” she says. “It imbedded our common goal, to ensure the patient’s voice is heard, really quickly.”

Now, as the co-chair of PFAC, Kessler has spent the last six years working with other patient and family advisors through engagement sessions, focus groups and meetings. With monthly meetings from September to June, along with other consultations as needed, PFAC works in partnership with Alberta Health Services staff, clinicians, administration, the design builder and Alberta Infrastructure.

“I feel humbled and proud all at the same time to know that our voices are being listened to so intently,” she says. “To see everything coming to light, and see that it’s not just a promise, but it’s actually happening – it’s exciting.”

PFAC has provided feedback on many design features for the Calgary Cancer Centre, including patient rooms, interior design and clinical spaces. Kessler was also specifically involved with the group working on the design of the radiation unit. By nature, the space is required to be in the basement, but feedback from patient and family advisors noted that the current space can feel “cold and distant.”

Through PFAC and staff recommendations, the Calgary Cancer Centre’s new radiation space has been designed to be open and bright.

The waiting area will include both social and more private spaces for patients, as well as window wells for natural light “to give you a sense that there’s still a world out there,” Kessler says. As you walk into the radiation room, it will be brighter, have art on the walls and include a chair, coat hook and shelf to hold patients’ belongings.

“Those things may seem small,” she says. “But when you’re in that world for such a long time, those little things really add up.”

There’s plenty of work left to be done before the Calgary Cancer Centre is complete, but Kessler is certain it will all be worth it when the doors open to Albertans.

“When it’s 100 per cent built, it’s going to be incredible. With this new cancer centre and all it will bring to us as Albertans, we will be able to access world class cancer treatments, research and care.

I truly believe we can all OWN.CANCER. By coming together in support of our loved ones, our neighbours, our communities, and all Albertans through this new cancer centre, we can OWN.CANCER – together.”